You are here: Home / Wildlife / Kingfisher
This post may contain affiliate links. This means if you click on one of my affiliate links and make a purchase, I may receive a commission.
16shares

According to Wikipedia, there are 114 species of kingfisher. They all belong to the family Alcedinidae. The majority of species are found in tropical areas of Africa, Asia, and Oceania with very few found in North America and Europe. The species are divided into 3 subfamilies: Tree kingfishers, river kingfishers, and water kingfishers.

This website – Family Kingfishers (Alcedinidae) – lists all the species and if you click on a species name, you can go to a page for that species and most have pictures and video!

Even though they don’t have kingfisher in their name, kookaburras are kingfishers. They are in the tree kingfisher subfamily.

Most kingfishers are brightly colored and are considered small to medium-sized birds depending on the species. The smallest is the African dwarf kingfisher around 3.9 inches long. The largest is the giant kingfisher which is 17 to 18 inches long.

They all have large heads, pointy beaks, short legs, and most have a short tail.

Even though they are called kingfishers, not all of them mainly eat fish. The tree kingfishers mainly eat insects. Many of them eat a variety including crustaceans, amphibians, snakes, lizards, spiders, centipedes, worms. Some even eat small birds and mammals.

Most kingfishers will watch from a perch and when the time is right, they will swoop down and catch their prey. Some will hunt from the ground and some will hover in one place over water, flapping their wings really fast sort of like a hummingbird.

Kingfishers nest in cavities. Depending on the species, they will dig tunnels in the ground, holes in trees, and some even use the nests of arboreal termites (termites that live in trees).

In the late 1990s, Japanese engineers designed a bullet train after a kingfisher. Their bullet trains used to make a loud boom noise when they went through tunnels. One of their engineers was also a birdwatcher and got the idea from watching kingfishers dive into water to remodel the train after their beak and got rid of the boom sound!

Check out the video below and make sure to watch the second half where you can see them hunting in slow motion!

The Kingfisher Hunts in River Shannon in Ireland 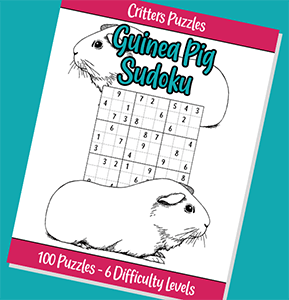